Would not we say, that we already have four years. With humans, the age of four starts preschool period, but we feel like in good ripe wine.

In the fourth anniversary we are preparing climbing marathon. It’s pairs competition in climbing up the most climbing routes. The difficulty of climbing routes is counting. You can count the route as climbed when you climb it without fall, rest or sit. When you register, you will get a ticket where you write your climbed routes. If you´ll have enought you give the ticket to referee. There will be also some refreshment and good gulash stew. 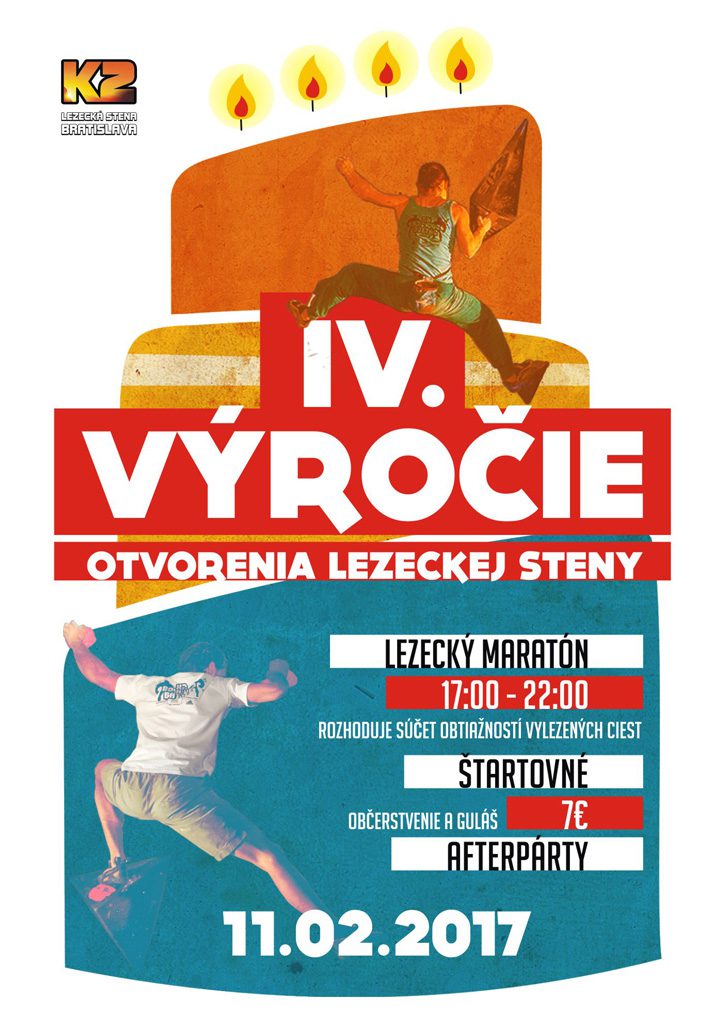