This is the fourth time that we are preparing competition for kids here in Bratislava. with us on a climbing wall K2 preparing Slovak Championship children climbing on difficulty. We will like to invite on 11. 06. 2016 to Slovak Championship 2016 in leading This year we open race for 3 categories U10, U12, and U14.

After the initial registration will be conducted joint warm-up and try to take a picture together and so be all on time!

Qualification
Children will be divided into 3 groups. Each group will climb a route on their own. Then, the routes will be changed. There are 3 routes to compete. The time limit for one route to climb is 5 minutes. The average of rank in each route will tell who the winners are. The maximum points climbers can get for each rout is 30pts. Top 6 girls and 6 boys from category B , A go to final.

Final route will be OS (On Sight) for all categories.

Final Scoring: Full point – hold was statically held, so that he was in control. Catch plus (+) is assigned to the case of active movement in the direction of route. Plus Point has a numerical value of 0.5.

Referee, the Referee and protests ::: The referee counts points for each climbers. Main referee is responsible for the results. There is a possibility to protest against to decision of the referee – protest fee – 10 €. When protest is mistaken, the fee gets the organizer. 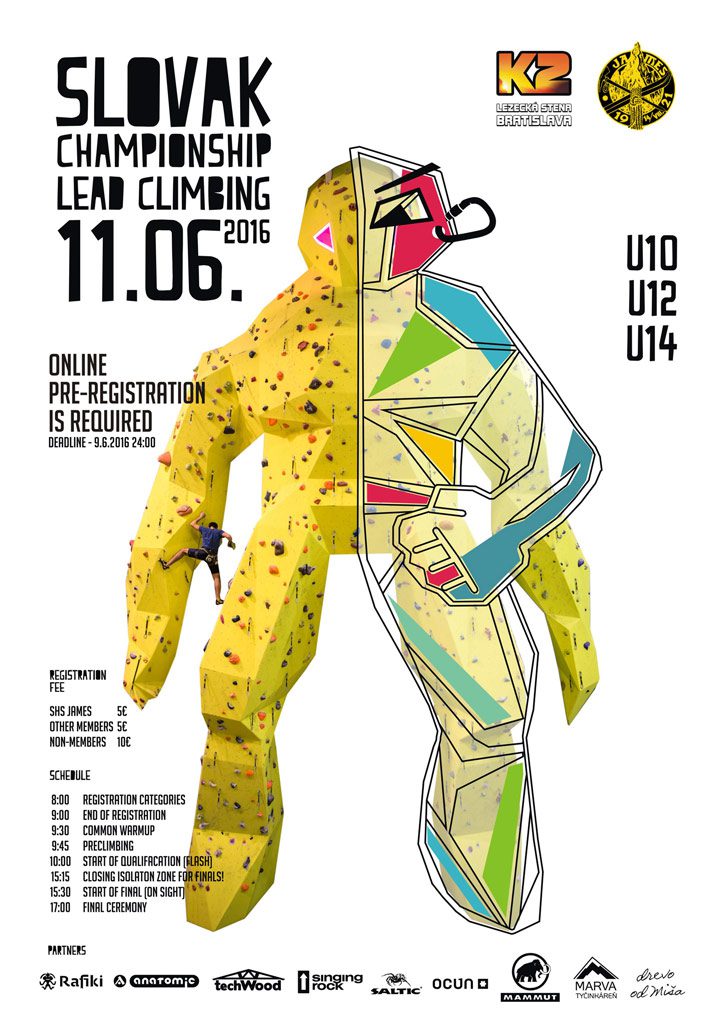