My little birds have told me, that there is a big changes going on at Climbing wall K2. Our wall is growing. Juraj Repčík draw a simple climbing wall with an area of 350 square meters. Originally it consisted several triangles and it have nice plastic shape. The upper part was slightly overhanged and it offered quite nice climbing possibilities. After a few days JR came with the fact that there is missing something … 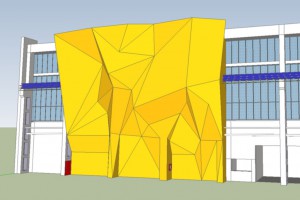 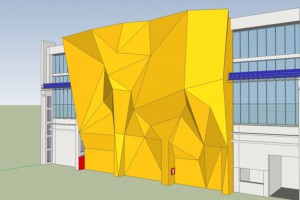 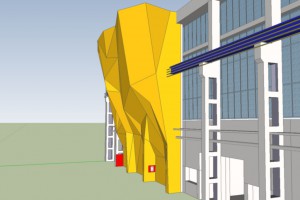 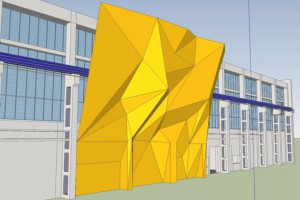 JR was wondering how to make the wall somehow interisting. He had hard to think about it. On night, he and his friem Tomas were dringking wine, bottle or two. The next morning he woke up and instead of huge hangover he had an idea.

New wall will be in shape of giant monster! In addition, behind his head, there will be located a stage with perfect view. You coul glimb there, too.

The colors of giant aren´t final, so we welcome any suggestions! 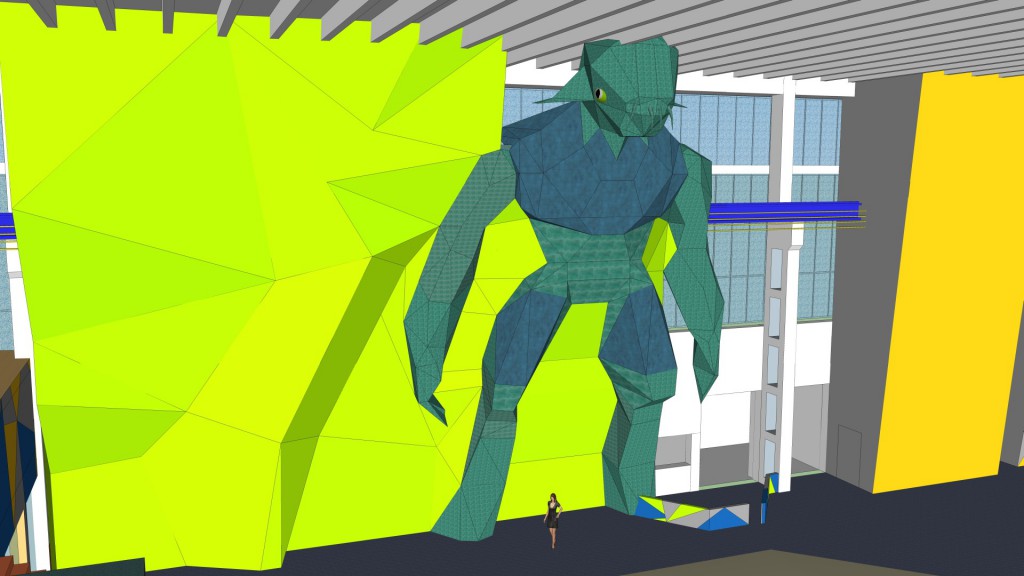 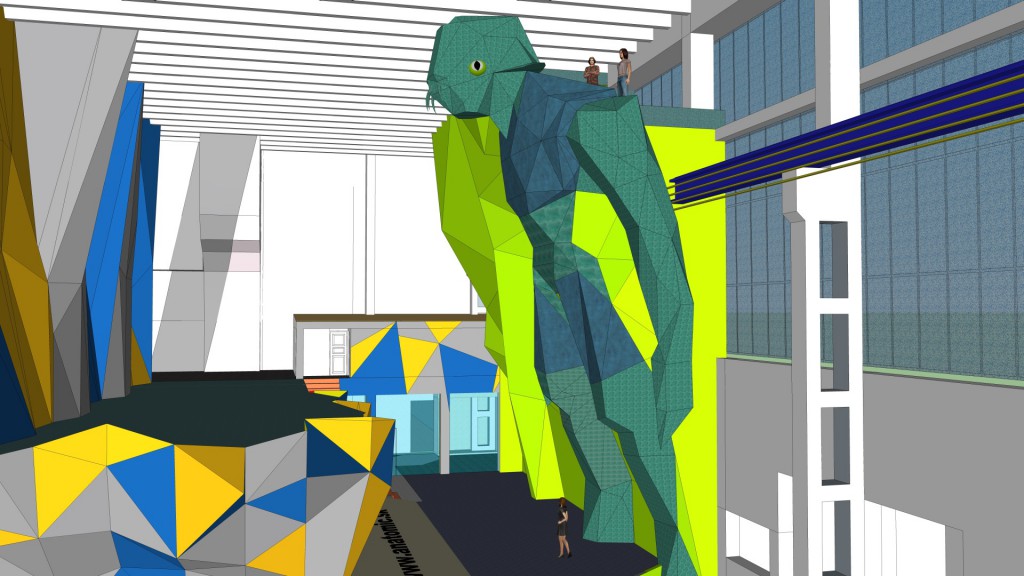 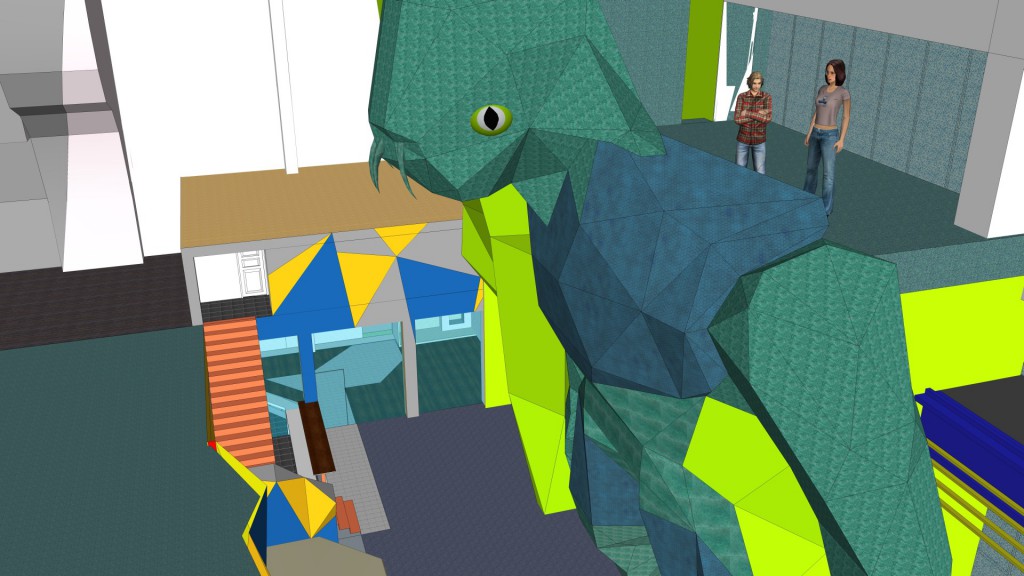 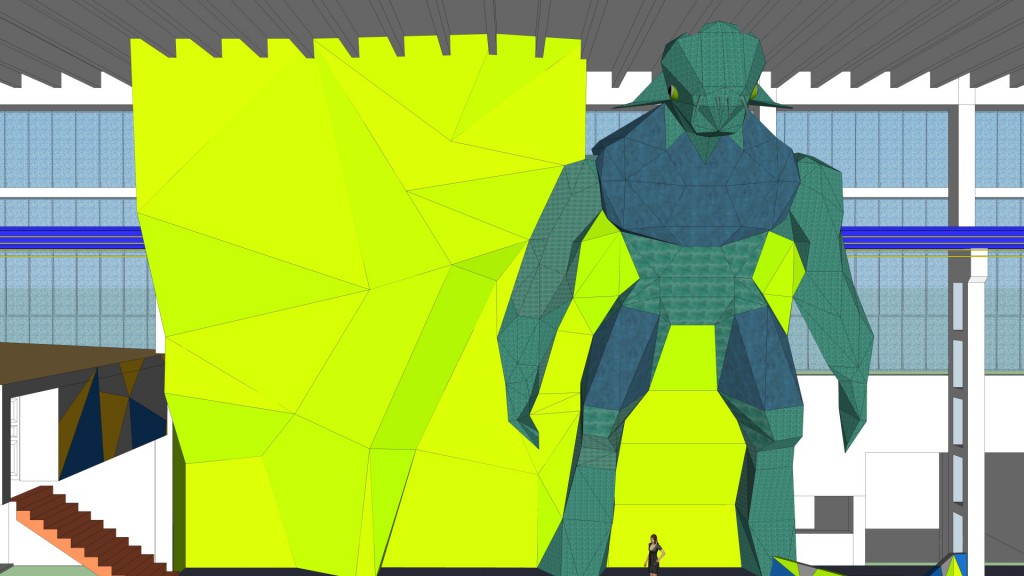 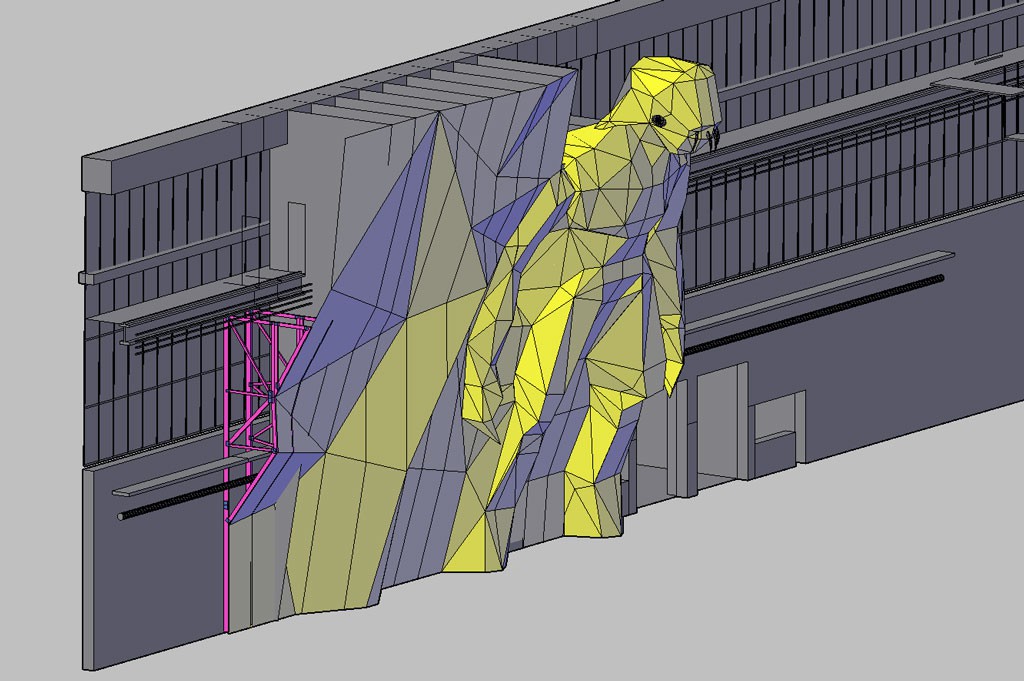 Future parameters of the Wall